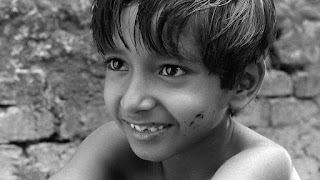 The Criterion Collection’s difficulty restoring Satayjit Ray’s The Apu Trilogy too aptly coincides with what makes this set of films so powerful: their grasp of the joy of life that is enmeshed with its very fragility. As the accompanying booklet explains, restoring the films became a priority when Ray was given a Lifetime Achievement Award at the 1992 Oscars.  The films were flown to London to begin the process and then lost in a fire that destroyed a number of original negatives.   The story itself feels like a fourth film in the set – the promise of life immediately faced with its impermanence.  In a documentary contained in the box set, watching the negatives be opened to reveal only melted remains speaks with the same power as the deaths that punctuate the films. 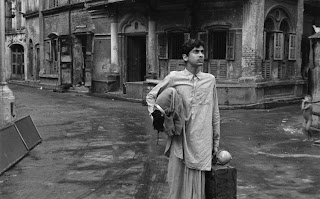 Ray’s Apu Trilogy could easily lapse into bleakness; over its near six-hour runtime, its title character loses nearly all of those that he loves.  The fact that it does not speaks to Ray’s ability to gather plenitude from fragility and place it on film.  Apu’s most aching moments come not from its deaths, but from Ray’s naturalistic filmwork: a set of kittens crushed beneath Auntie’s bag, a young Apu shivering in the middle of a rainstorm, a strongman swinging weights, a manuscript showering out over a forest.  In all of it, one sees the ultimately futile struggle against space and time. 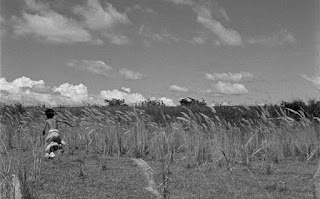